Directed by Dianne Newby, the curtain came down on this production on 23 April 2016 and we were thrilled to have over 400 audience members supporting us once again. Scroll down for pictures and galleries, along with a review from Adel Bells. 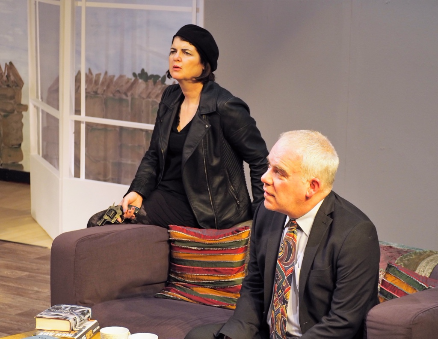 Jane Claire as Molly and David Pritchard as Bryan 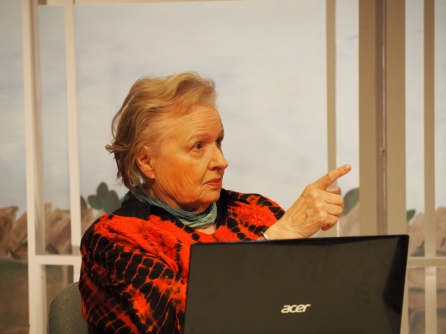 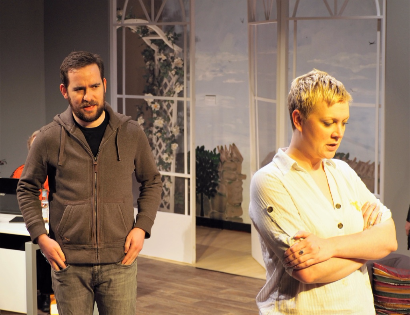 Matthew Newby as Frank and Jane Gorton as Tess 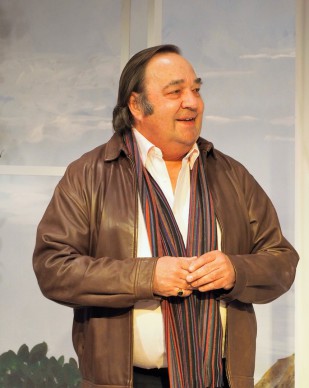 Programme for "Female of the Species"

"Adel Bells" review of Female of the Species

Our thanks to Dorothy Frost for this review published in the magazine "Adel Bells":

This was quite a different choice of play for Adel Players, in that the majority of the action was played by females - after all, the title was “The Female of the Species” and the first hour was a scene between two women.

It was a comedy based loosely on Germaine Greer’s being held hostage in 2000 by a student. The two main characters were an author (female) and her former, adoring student, whose life had been totally influenced by the ideology of her tutor. This adoration had gradually turned to hatred and the student’s appearance was for the purpose of killing her former tutor, whom she handcuffed, for most of the rest of the play, to the author’s desk and pulled a gun on her!

The author’s daughter appeared (by taxi, the relevance of which we would learn later), bringing her own problems which she too blamed on her author mother.

The second act introduced the men: daughter’s husband, troubled taxi-driver and the author’s desperate publisher, each announcing as they entered that there was a cow sitting on the doorstep! So, you can imagine the confusion as the battle of the sexes continued to evolve.

What was most admirable was the actor’s ability to keep the complicated dialogue flowing. Well done once again, Adel Players!

And thanks to Jenny Jones for this brief but very welcome appreciation: 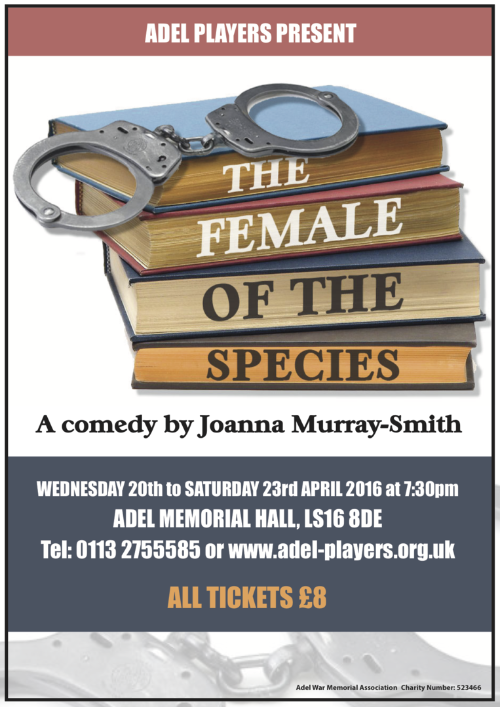