More than 430 audience members came to see our January play from the pen of Alan Ayckbourn. Not his usual comedic offering, this chilling and sometimes dark work kept our audiences fully engaged and proved to be a superb vehicle for the three actors, Mike Andrews, Robert Colbeck and Matthew Newby who carried the whole piece with great aplomb. Many thanks to those who came to support us and of course to the many members of Adel Players backstage and front of house who contributed to getting it ready for performance. See below for production pictures and reviews. 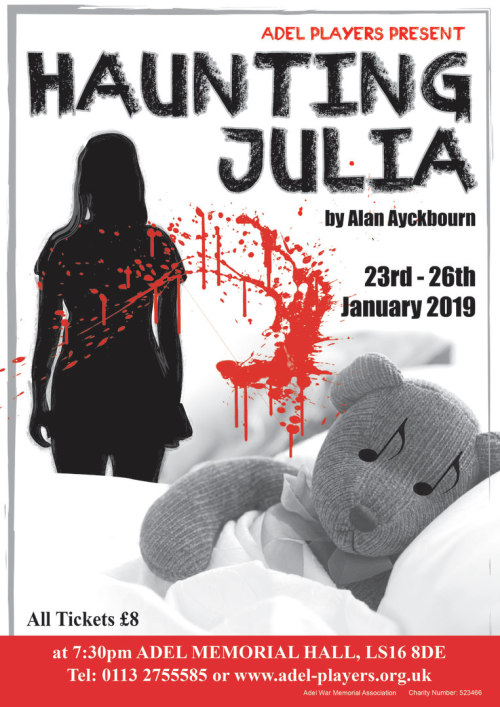 First produced in Scarborough in 1994, Haunting Julia is essentially a ghost story. The play is set on the top floor of the Julia Lukin Centre, a bespoke combination of museum, shrine and music school. Here the attic bedroom has been recreated in which Julia, a musical prodigy, lived as a student and died a tragic, untimely death at the age of nineteen. Along one side is the viewing area, on the bed her favourite teddy bear. Three men gather in this room, each with his own connection to Julia, and, as they discuss the events leading up to the apparent suicide twelve years before, a series of eerie phenomena begins to take over the building. Has Julia gone for good or is she preparing one final, terrifying appearance? A real spine-tingler for a dark January night!

Our thanks to Tony Zigmond for the equipment and expertise that helped in producing the following record of the production. 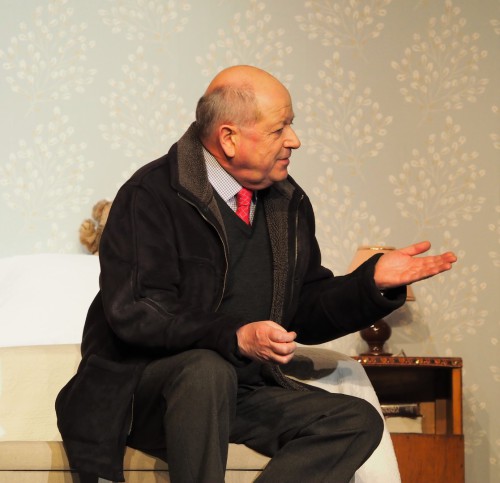 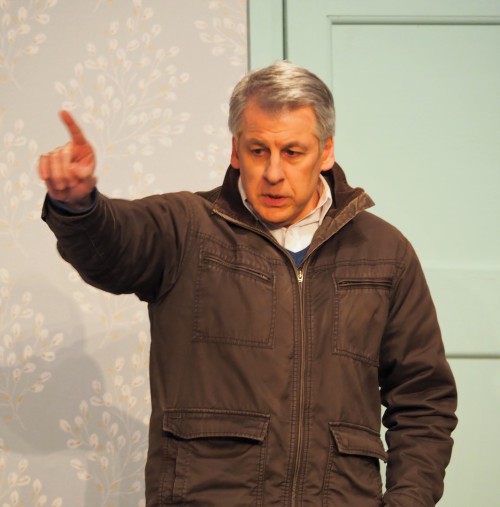 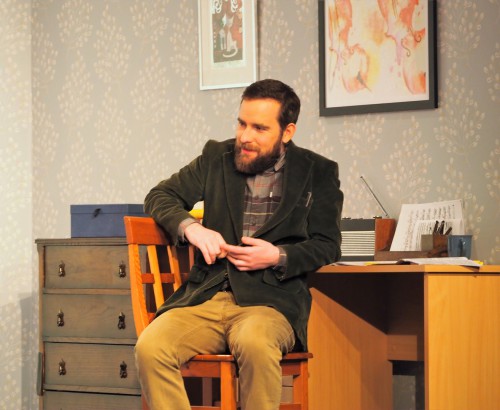 And many thanks to Ann Lightman for this thoughtful appreciation of our production:

This was strangely powerful theatre, not entirely comfortable watching from my point of view. It relied almost entirely on the spoken word – what masterful performances from three experienced and accomplished actors Mike Andrews, Robert Colbeck and Matthew Newby! How did they learn such huge scripts – no prompts necessary – amazing! Two of the three were on stage from the beginning, but Robert’s role was also demanding. The characters – all linked to Julia whose death aged 19 in the bedsit where the action took place - were totally believable, the emotions tangible.

The successful self-made (Yorkshire) businessman, Julia’s father (Mike) crumpled before our eyes, the educated voice of common-sense (Julia’s boyfriend at the time, Matthew), moved from a rather bored detached person, to one where memories he had worked to put behind him flooded back and overwhelmed him. The ex-janitor of the bed-sit (Robert) diffident, with little education, cash or position was another contrasting character and his role, as a psychic, was superb. Despite not having changes of scenery, costumes, action or many characters, there was intense drama … the tension built up to a crescendo during which the audience and the cast were “blown away” by Julia’s ghost. The cast almost literally - flat on their backs. In the first half there was also some humour so the audience was able to stay the course so to speak – one hardly breathed during the second half!

It was totally mesmerising, but I really didn’t know what to make of it at the end. However, I went to sleep thinking about it, awoke thinking about it – powerful drama indeed. It seemed to suggest that positives like love and talent can be devastating if they overwhelm – communication is key - not a bad message for a playwright. To borrow a comment from one of our party: “It will be one of those plays that you think back to long after the event.”  Literally “a haunting performance”!

Thanks also for this from our regular patron, Alison Garrett:

Wow! The acting in  'Haunting Julia' was just outstanding.  To have only 3 actors who were on stage most of the time and who were word perfect was very impressive  - plus the acting made them totally believable.  Well done you and well done Adel  Players.  We took two new neighbours with us and they said it was far better than they could have imagined.  Sometimes I think amateur dramatics is still associated with wobbly scenery and the rest.

And another satisfied customer: