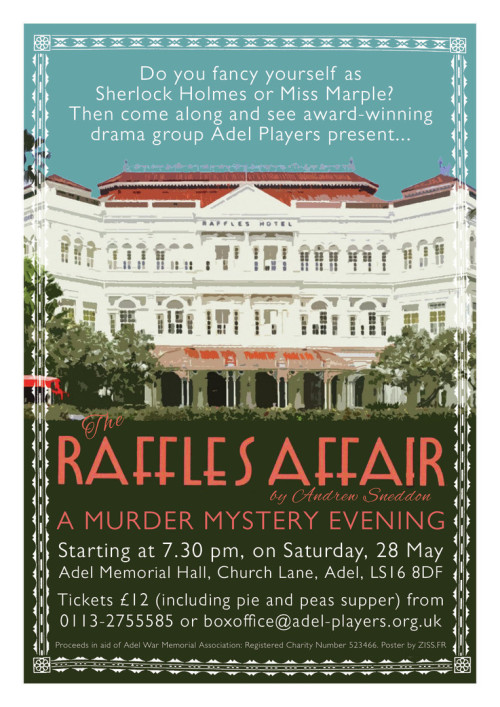 Many congratulations to the cast and crew of The Raffles Affair, our Murder Mystery written by our very own Andy Sneddon. There were sell out performances on 27 May at the Robert Craven Memorial Hall in Bramhope and then the following evening at AWMA. Setting the mystery in Singapore at the end of British colonial rule, Andy gave us glamour as well as intrigue and as usual it was great fun wading through the red herrings! We were delighted that the two performances raised just shy of £2000 which will provide a very welcome boost to AWMA funds, so thanks as always to our loyal patrons as well as all our good friends in the badminton section who provided catering, some in full evening dress!

Here are some pictures from one of the rehearsals and a reminder of the poster- with many thanks to Ed Hoskin of Ziss Design for his work on this.

Review of "The Raffles Affair" 28 May 2016 from Anne Lightman

A warm evening in Adel was transformed into a couple of tropical days centred on the famous Raffles Hotel in Singapore, now home to a murder! The compere (Mike Andrews) flew us to our destination in a few short minutes with plenty of quiet humour. British colonial life was departing the colony in August 1965 and we all knew murder was afoot – but to whom, by whom and how? We had been “warmed up” with the table ice-breaker in the form of a quiz on famous detectives and murders both on screen and off. Our table had a respectable score, partly due to the mixture of ages. An interest in crime drama and a retentive memory were definite pluses!

Our table (well the younger members) did well in solving the “who done it”...and I noticed the winning table too was “young”. A definite trail of clues led to the result, with a few red herrings thrown in! My method of choosing the least likely candidate was shown to be a fallacy though a good case for suspecting Maria, the Spanish maid (Digna Sindin – glorious screams as she announced her discovery of the body!) was made by one of our table. You need to note clues from the beginning - not easy when you have no idea of the “how”, let alone the “who”. Critically watching every detail (for instance, not looking away to check who was who with the cast list on the attractive programme) was also essential – I missed the vital clue!!

Another tip is not to get totally involved in the characters, or the acting of those playing them - not easy with an Adel Players production as everything is of a consistently high standard throughout. The de Brays (Alan Foale and Janet Porter) were the most obvious suspects. Their parts, with foreign accents, were played with aplomb – I feel sure both really enjoyed their characters! The victim, Stanley (Owen Carey Jones), the hub of the production, was a convincing character who had done well for himself at the expense, one felt, of everyone else – a natural candidate for the victim. Wattis (David Lancaster) and Tudor (Damian Burras) were both not what they seemed – but were totally convincing. Breen (aka Bernard Riley) added the essential comedic touch, enforced by Cpl Lightning (Bruce Chalmers) in his tropical Military Policeman shorts!

The play by a member of the Players, Andy Sneddon, was just the right length. We were not distracted from our sleuthing by hunger nor were we put off our pie and peas because the victim had died at the hand of a poisoner! The reveal came in the short final scene after supper.

Most people on the tables of ten did not know each other at the start of the evening, but worked together to solve the clues, making it a delightful social evening. On our table we had members of Adel Players and it was really nice to meet them in person after seeing them on stage in previous productions. The evening ended with the raffle being drawn – plenty of prizes, so most tables received something. The community atmosphere was enhanced by the slick administration of every aspect of the event. Adel Players have a long track record of improving the facilities in the Hall (chairs, lighting, sound, and the installation of an induction loop for the hard-of-hearing, to mention a few), and the profits from this event were again going to the AWMA for more improvements.

I look forward keenly to another Murder Mystery supper next year but meanwhile it was a good appetiser for Adel Players’ next main production - a thriller called Murder Weapon by Brian Clemens, the performance dates for which are 19-22 October 2016. 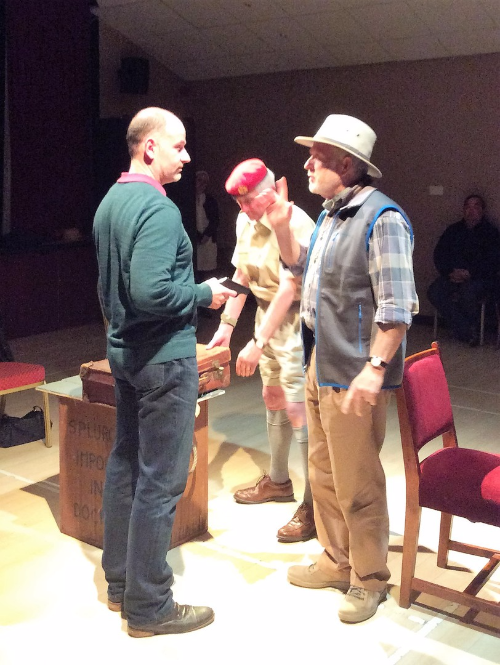 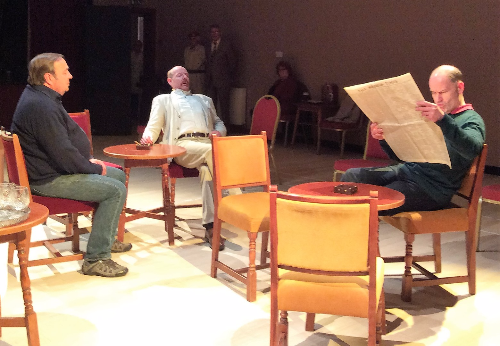