Once again we were very grateful to our loyal audience for their wonderful support. Murder Weapon, our autumn 2016 show was a sell-out for the last two nights and in total we sold more than 470 tickets over the four night run. Feedback has been excellent and clearly those who came appreciated the mental exercise of working out the who, why and what of this excellent thriller. Here are some pictures, comments and reviews to remind us of the production. 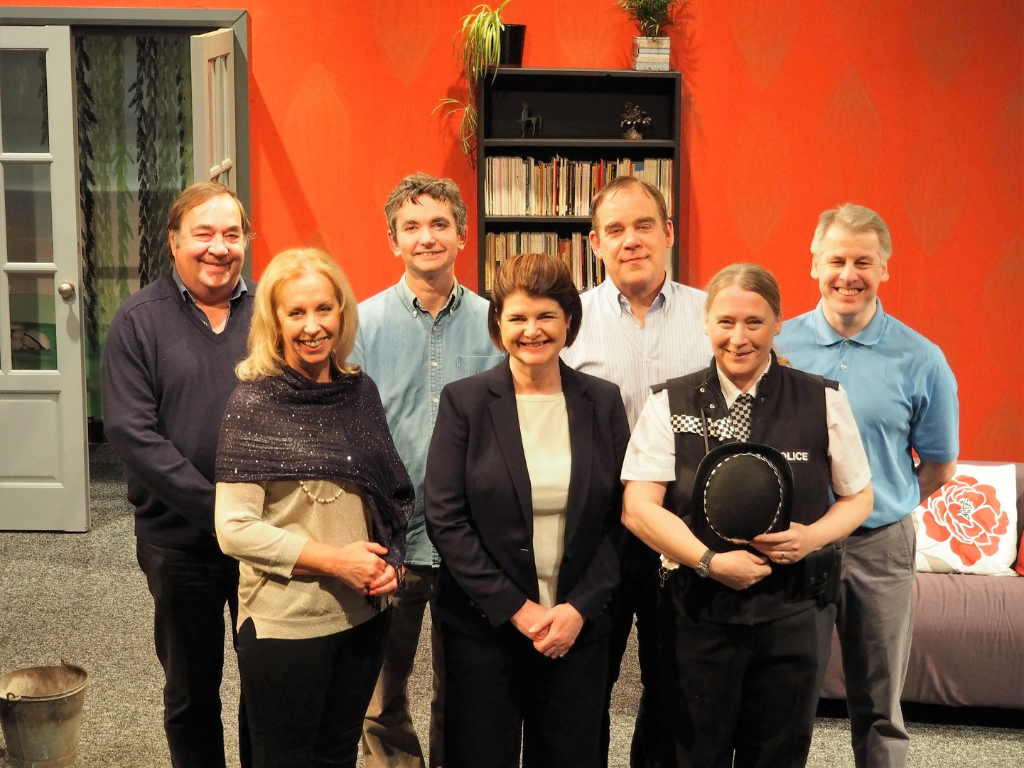 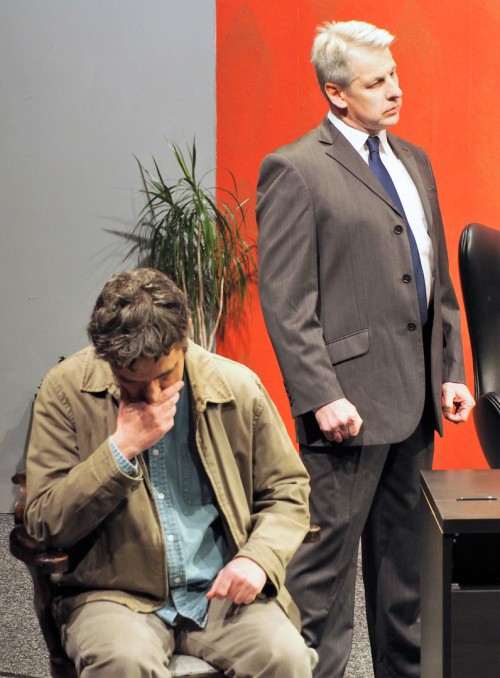 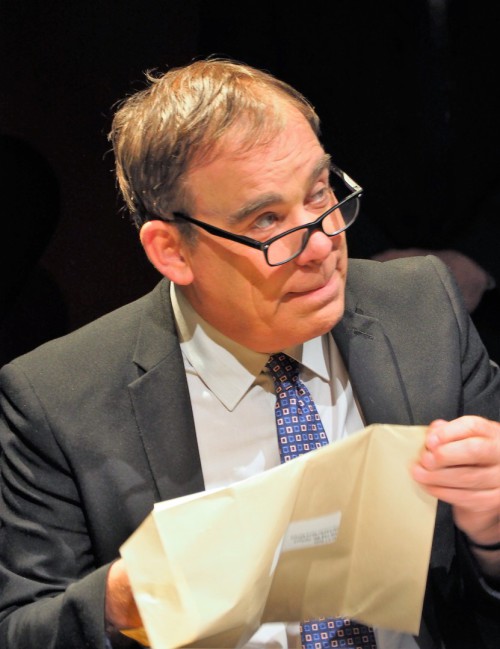 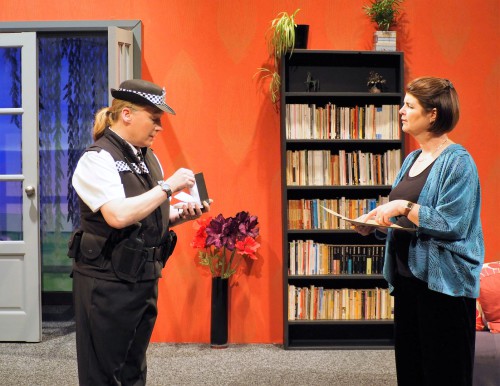 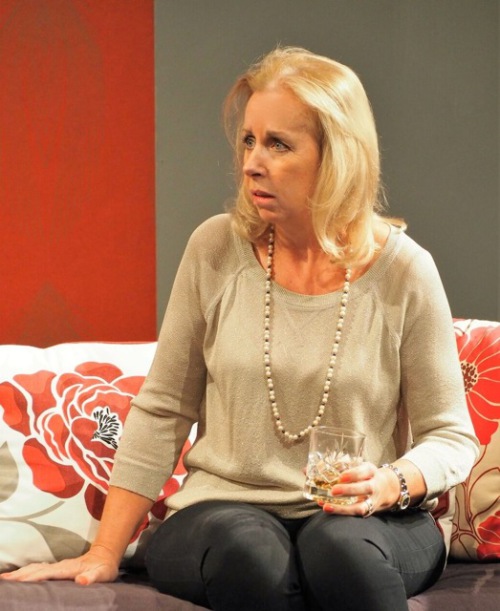 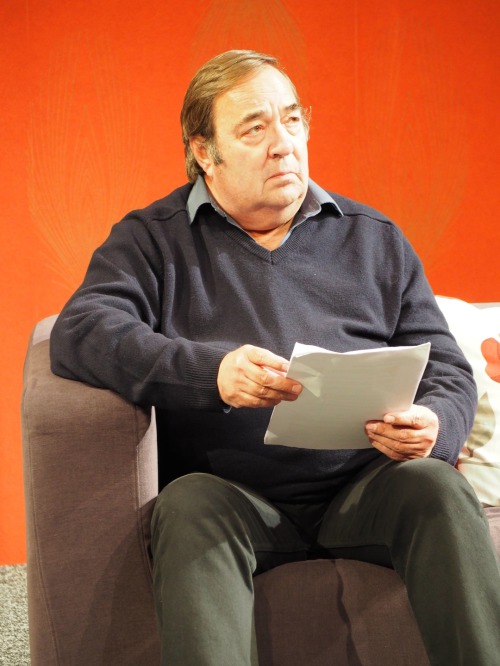 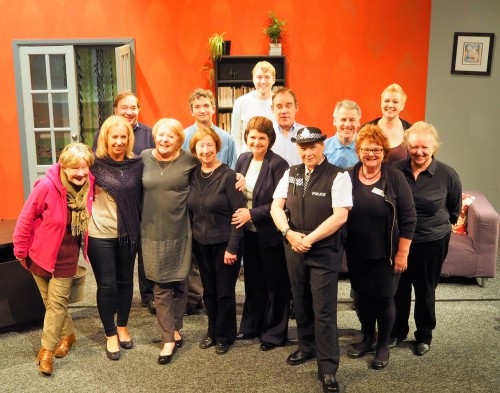 The cast and backstage crew

“Well done. It was brilliant. I thoroughly enjoyed the evening.”

“We loved the play last night. Well done! Looking forward to the next one!”

“Really enjoyed the play, it was fantastic.”

“Lovely to see so many of you at the play last night - we were treated to another excellent performance, with secrets unfolding in front of our very eyes, as all was not as it first seemed!  A good denouement and some strong performances!”

“You should be very proud. Impressive.”

Many thanks to John Hartley for this kind review which appeared in the local magazine, "Adel Bells"

Brian Clemens, famous for creating the popular TV series "The Avengers", wrote this spell binding thriller. Dianne Newby, director for this new season opener, strongly believes that for a cast to excel and make their performances credible they must work hard on the background of their characters. I can confirm that she has been highly successful in achieving her aim.

The play was an intriguing and compelling thriller. At the heart of the action was a convicted murderer Charley Mirren. It is set in one location but the audience are taken back in time in a series of flashbacks thanks to excellent work by the stage and lighting crew. Charley is a disturbed, confused and inadequate personality, yet the convincing portrayal by Gavin Jones won both empathy and sympathy from the audience. The banter and tension between the Chief Constable and her Inspector, played respectively by Jane Claire and Rob Colbeck, provided the thread between the twists and turns as they try to figure out who did what and when. Love interest was on show with the feisty Diane (Anne Davies), whilst David Pritchard took on the role of friend and betrayer, and Owen Carey Jones portrayed Diane’s husband Paul, the eventual murder victim.

The audience reaction at the end of the play was extremely favourable. "I thoroughly enjoyed it" and "A great night out" were typical comments as folk went happily on their way home. If you haven't been to an Adel Players performance at the Adel War Memorial Hall you have certainly missed a trick. Just pick your genre, sit back and enjoy a great evening's entertainment. Next up is Alan Ayckbourn’s “Improbable Fiction” -playing 25-28 January 2017. 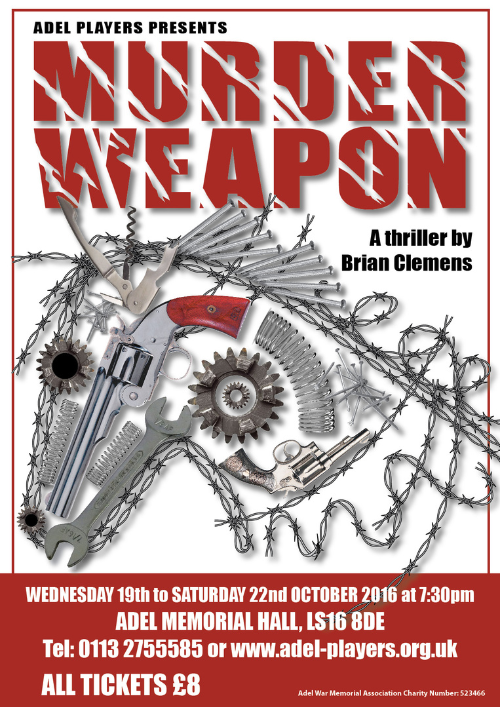 When Chief Constable Jessica Bligh accompanies her friend Diana home to Dysart Hall after an evening at the opera they are greeted by a horrifying sight.  Diana’s husband has been shot dead, and ex-convict Charley Mirren is standing over the body holding a gun. Surely an open and shut case?  The Chief Constable’s world-weary colleague Inspector Fremont certainly thinks so.  But Jessica Bligh isn’t so sure.  She begins to dig deeper and, through a series of flashbacks of events leading up to Paul’s death, the audience finds it is not just the murderer’s identify that is in question. Written by Brian Clemens, of Avengers fame, this ingenious thriller has more than enough twists and turns to keep you right on the edge of your seat.