Over 400 people came to see the play, and we received some tremendous feedback from our audiences for which we are very grateful.

Scroll down for more information, director's notes and to see production photos (hover your cursor over each image to read its caption). 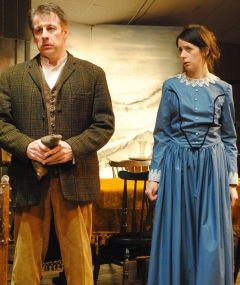 A BIG THANK YOU to all our audience members who came to see 'Rutherford & Son'. 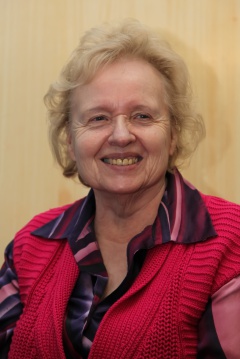 'Rutherford & Son' is still a relatively unknown play, yet more than 400 people came to see the performances over the four days of the run.

That speaks volumes about the trust our audience has in Adel Players always to put before them a good quality production.

Every night during the run, the audiences were riveted by the story. Every night there was a buzz, with people going off for refreshments during the interval trying to guess what might be going to happen next, and then sitting in the bar after the end of the play discussing what the future would hold for old John Rutherford, his baby grandson, his brave daughter-in-law Mary, and the rest of his family.

Some of them even came up to us as we sat there relaxing in the bar to ask what we thought might be going to happen next in the Rutherford household!

The immediate audience response to all four performances has pleased me enormously, of course, but what has pleased me most has been their recognition of how much teamwork went into creating what they saw.

People always make a lot of fuss of the director after a play but it's the team that counts, and I couldn't be more proud of team Adel Players and what they created in this 2014 production of 'Rutherford & Son'.

The characters of 'Rutherford & Son'

The set of 'Rutherford & Son'

Programme for "Rutherford and Son"