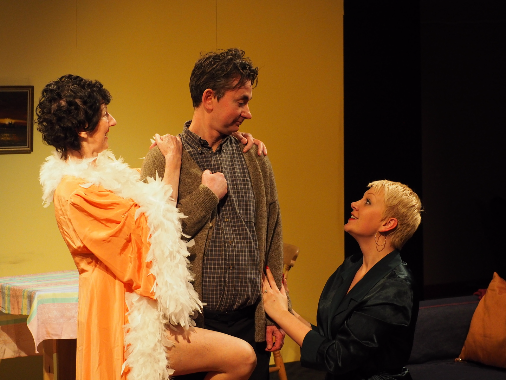 By Johnnie Mortimer and Brian Cooke, directed by Mike Andrews

Situation Comedy concluded a very successful run with a final performance on 23 January 2016.   Directed by Mike Andrews, this classic romp brought in capacity audiences for the last three nights and we  had some very kind feedback from those who braved the cold and wet January weather to get along and see the show. Here are some audience reactions and pictures to give you a taste of what nearly 500 of our loyal patrons enjoyed. Our thanks to  Chris Andrews who took many of these shots.

"My friends and I had a riot at Situation Comedy, it was really brilliant and an ideal tonic for the January blues!"

"Just had to drop you a note to say how much we enjoyed Saturday’s performance.  It’s a while since I have cried with laughter.  The whole thing was superbly done and highly amusing.  Thanks to all concerned."

"Just to say we thought...Situation Comedy... was excellent. A thoroughly professional performance (I'm including the staging, lighting, sound etc as well as the acting) and very enjoyable." 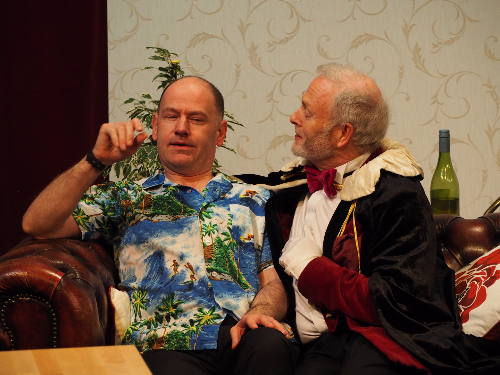 Advice from your friendly agent...(David Lancaster and Alan Foale) 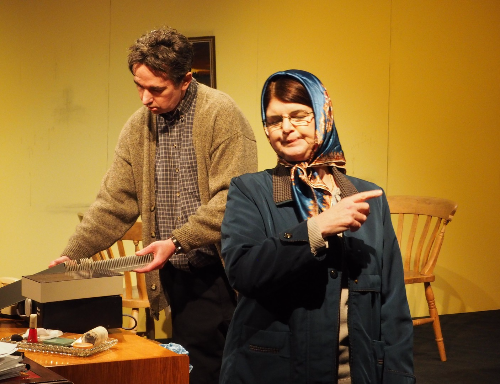 Our thanks to the publishers of Adel Bells for these two reviews of our recent production:

The versatility of Adel Players never ceases to impress. From within its ranks it has directors and actors who are capable of interpreting with success a wide spectrum of plays. Situation Comedy by Johnnie Mortimer and Brian Cooke, a challenging fast-moving comedy, again enabled Adel Players to demonstrate their professionalism. The play is constructed around the lives of two TV scriptwriters, Charles Summerskill (David Lancaster) and Arthur Grey (Gavin Jones) and their respective wives, Doris (Janet Porter) and Beryl (Jane Gorton). Doris is a lady more interested in routine domestic duties than the marriage bed while Beryl’s interests are strongly focussed on the bed- room and material pleasures rather than household duties. The Greys join the Summerskills for a social evening in the course of which Arthur Grey “lubricates” the evening with an impressive range of home-made wines. The effect of the alcohol leads to some confusion and in the ensuing alcoholic haze there is an inadvertent wife-swap. Initially this swap suits both of the men because of the new skills brought to their households. Although Charles and Beryl consummate their union Charles is clearly unhappy over Beryl’s extravagance and complete lack of culinary skills. In his turn Arthur enjoys a vastly improved diet but is unable to persuade Doris to consummate their relationship, and he comes to miss the pleasures of the bedroom. After a short time the new elements introduced into their lives by the swap lose attraction and the wives return to their legal partners. Successfully linking together the unfolding story was impresario Maurice (Alan Foale) and the local gossip Miss Trotter (Jane Claire).

The Adel Players certainly give their audiences plenty of variety, from the sombre life of the trenches in Journey’s End, to the present production, a racy farce with a wife swapping theme.

This play was very much of its time and was very reminiscent of the Brian Rix farces at the Whitehall Theatre in London. And did I detect some perspiration on the brows of the male members of the audience as Beryl (Jane Gorton) walked round in her revealing undies?

Expressions such as ‘she has the fastest gums in the west’ went down well with the audience who showed their appreciation by laughing throughout the performance. The audience seemed to particularly enjoy the parody on Yorkshire where the conversation was liberally sprinkled with ‘eh up’ and ‘ow do’ while Abdul (Alan Foale), swinging a sabre enthusiastically over his head, caused alarm in the front row of the audience as they all, involuntarily, ducked. It seems whatever the demands of the production the Adel Players take on the challenge and rise to the demands with conviction. The parts were very well cast while the clarity of the spoken word was excellent. A very enjoyable, production – roll on the next one. 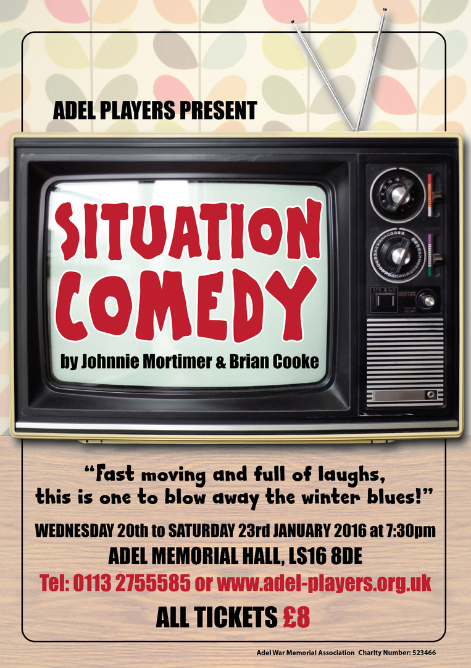