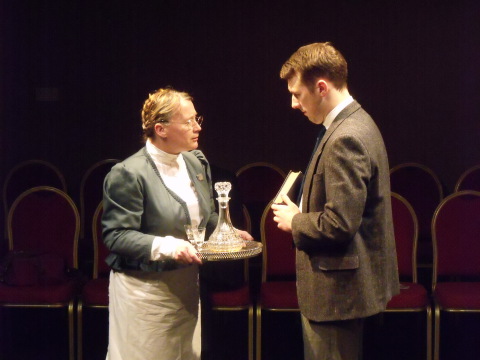 Harold Brighouse’s hilarious comedy of football, finance and family life “The Game” was performed in April 2015 by Adel Players.

The star of Blackton Rovers is in love with the boss’ daughter but the boss has transferred him to a rival team in order to raise money which may save the club from ruin. The situation is desperate. Will true love win out over money? Will our hero’s honour be saved? And what will his redoubtable mother have to say about it? See below for pictures and reviews from our production. 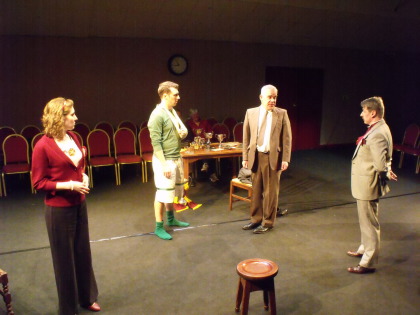 Audience reactions to The Game

"Thank you to all concerned for another wonderful evening's entertainment at Adel Players. A terrific cast, especially Robert, Helen and Chris but you all were very convincing, even though we recognize so many of you from the great number of years that we have happily attended. I hope that you had the celebration party you all deserved and we look forward to our next visit. Please pass on our thanks and congratulations to everyone concerned."

“I have seen many Adel plays - my favourite will always be 'Breaking the Code' - but this play 'The Game' took me completely by surprise - both in terms of content and delivery - it is a close second to 'Breaking the Code' and coming from me - that is one heck of a real compliment!”

Once again Adel Players enjoyed great support from its audiences with our production of The Game by Harold Brighouse. Making his debut as Director for this play, we were indebted to Alan Foale for all his hard work in getting the show ready as well as for "discovering" this little known gem in the first place. Audiences appreciated the distinctly acerbic (and characteristically Northern?) humour and were struck by the surprisingly contemporary feel for a play written in the early 20th century. 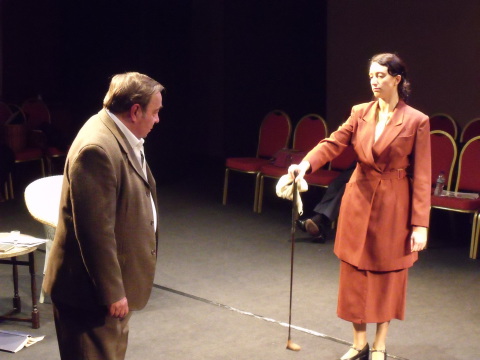 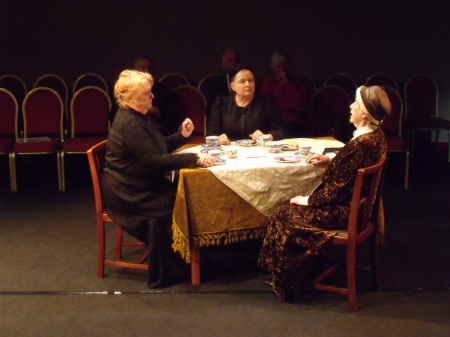 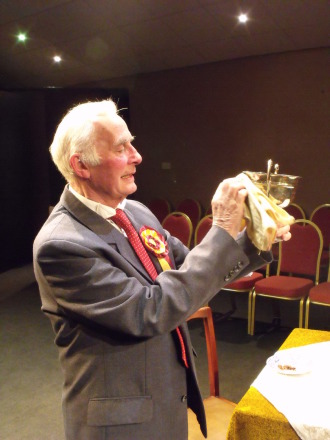 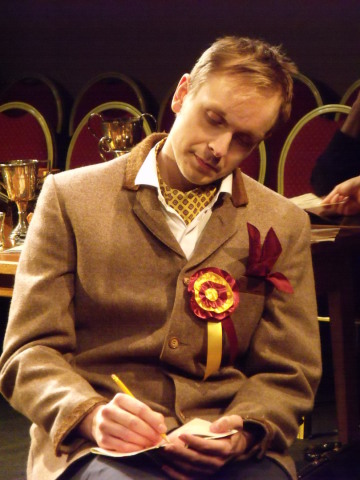 The Players had chosen a 1913 play “The Game” by playwright Harold Brighouse. The title of another of his plays “Hobson’s Choice” has entered the English language as a well-known phrase meaning taking the one offered or nothing! This play, by contrast, has languished unknown until a revival by Northern Broadsides in 2010.

Ostensibly about football, especially throwing a match so that the team are not relegated, it is about much more. In a football-mad northern town – Blackton, Yorkshire, the star of the local football team, Blackton Rovers (played by Chris Andrews) is hero-worshipped by all, particularly the feisty daughter (played by Helen Duce) of the Club owner and former player (played by Robert Colbeck). Her attachment is reciprocated and they plan to marry. The issue of class is examined as is appearance and reality - it transpires that the young couple fell in love with an image of each other...so the ending had a twist! The Victorian idea that the middle class were morally superior to the working class is also turned on its head.

It was a comedy with some superbly funny lines and the comedic highlight was the final act – what a part the mother of the “star” footballer (Carol Crossfield) was given! First entertaining her two friends (Pat Riley & Vivienne Bate) to tea, dressed all in black and chatting about “the good old days” (nothing much changes!) then wiping the floor with the middle-class father of the bride-to-be! It seemed strange that in 1913 the women held the upper hand – but not when one remembers the women’s suffrage movement and that the North was the powerhouse of radical thought – the Labour party was founded in Bradford after all! It was perhaps too modern a play – even football was not properly established, for it to have had a good reception at the outset. One hundred years later it fits in perfectly!

The acting as usual was superb - with a large cast of 12. We are so lucky to have a company that can field this many good actors to enable us to concentrate entirely on the play, not on how it is performed. It was performed in the round, in three Acts and everything ran like clockwork. So “hats off” to the production team (Director Alan Foale) and the front of house team – they had to deal with a full house on each of the nights. Their next production is Journey’s End by RC Sherriff on Weds 21st to Sat. 24th October 2015. Book your seats well in advance... it is billed as the greatest WW1 play ever written.

and members of Adel Players