As young men, Michael and Ray were East End villains, working together on a series of lucrative crimes. Today Michael is living a more than comfortable life in Spain while Ray, married to sharp-tongued Brenda, is struggling to make ends meet back in Britain. After two years without any contact Michael has invited Ray and Brenda over to Spain for a visit, but Brenda is suspicious: what are Michael's true motives? And is their visitor, Polly, the studio researcher she appears to be? Tensions mount in this ingenious thriller by Richard Harris and we suspect you will have great fun trying to guess the plot twist (or twists...). Book here soon to avoid the rush. (Please note: In context with the characters, there is Strong Language used in this play). 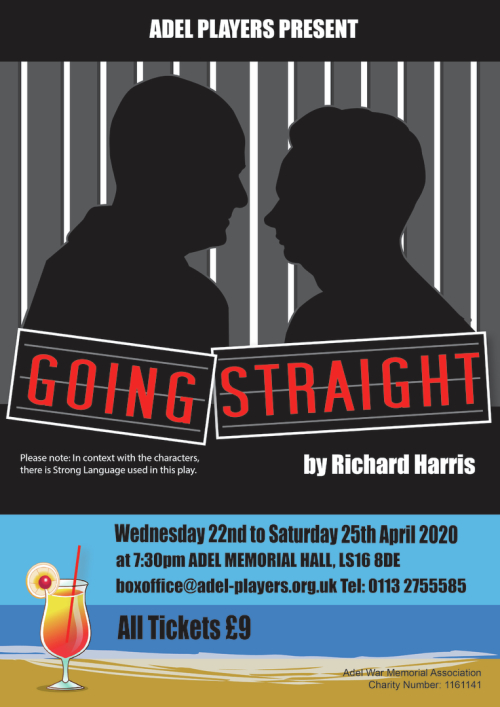 BE PREPARED! Our next season's dates:

Like to plan ahead? Don't want to risk being away for one of our shows? For the really keen, here are the dates for the season starting autumn 2019.

22-25 January 2020: How the Other Half Loves. A comedy by Alan Ayckbourn, directed Mike Andrews.

We look forward to seeing you!