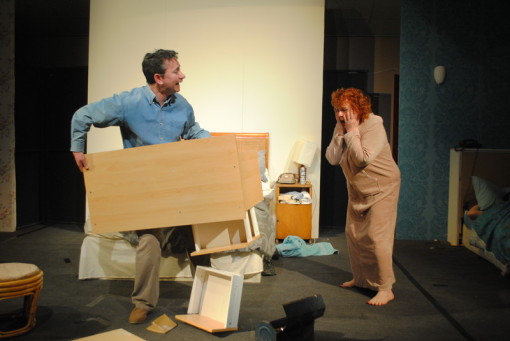 Bedroom Farce played to sell-out audiences for all four of its performances in January and was as much fun for the actors as it was for those who came to see it.

Many thanks to all those patrons who braved the elements to get to us and who cheerfully dug their cars out of the snow-bound car park on Friday night!

Our thanks also to Andy Sneddon for these great pictures from the show, and to Andy Smith for the video clips.

Cast and crew lists, audience responses and director's notes below. To read a critique of this production, click here to access our Reviews page.

and members of the Adel Players 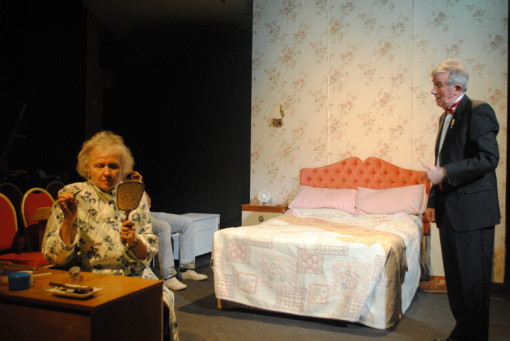 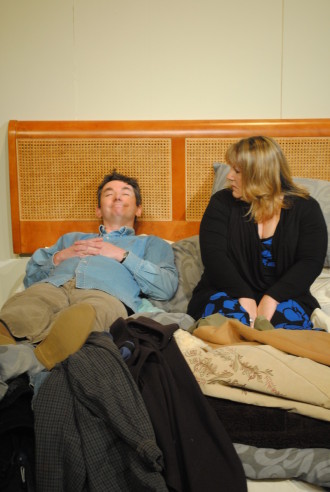 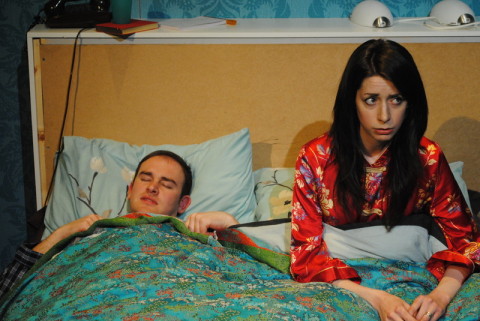 We are not amused! Nick (Jon Holmes) and Jan (Rachel Newby) 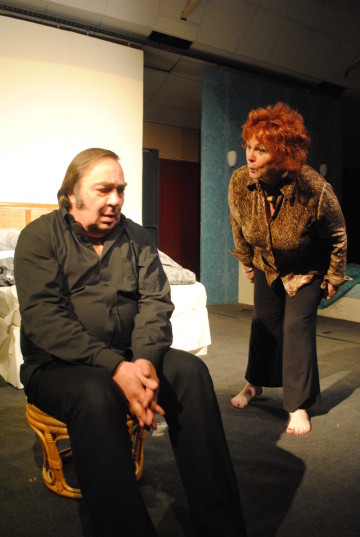 Malcolm (Owen Carey-Jones) gets an earful from Kate (Carol Crossfield) 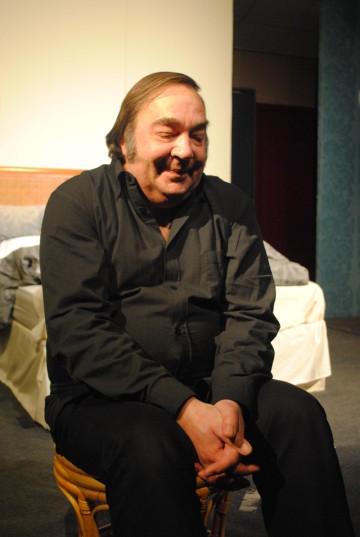 But Malcolm knows where the shoe is 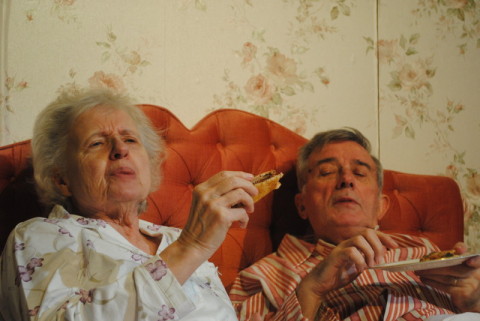 These pilchards are rather fine... 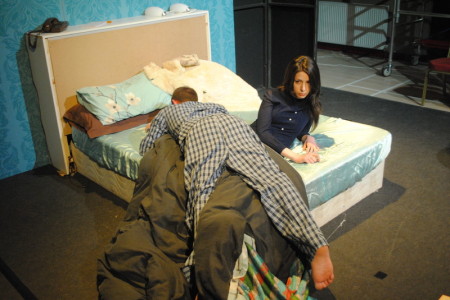 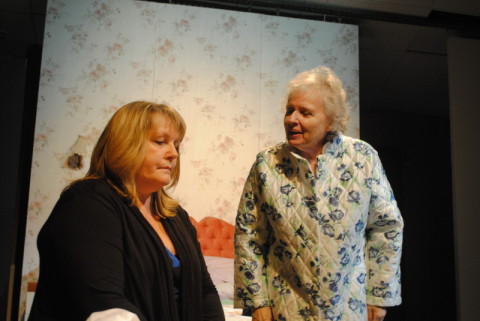 Susannah learns the facts of life 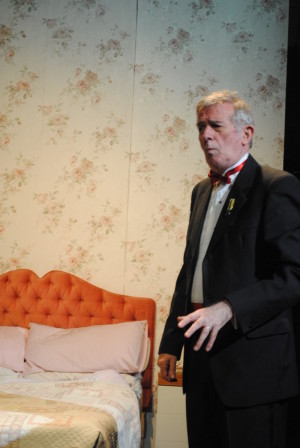 "Greatly enjoyed the first night of 'Bedroom Farce'. Good to see a full house on Wednesday evening: no doubt your other performances will be equally well-attended and enjoyed by all." A.G.

"Please pass on our congratulations to the cast and backroom people for Bedroom Farce. We thoroughly enjoyed the production- very well done and amusing/funny. Some years ago we saw this at The Grand in Leeds with various well known actors and found it very disappointing - quite bland and dry. All the best to the company for the future." J&A.R.

"Bedroom Farce by Adel Players is brilliant, very funny and the audience clearly loved it. All the actors were first class, Trevor was a star!" B.A. 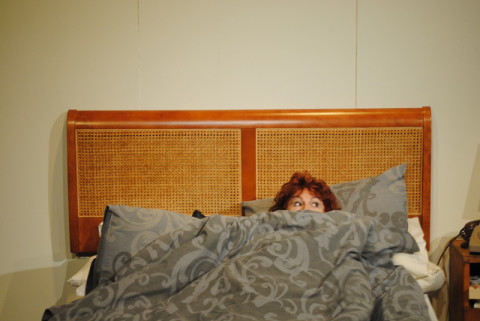 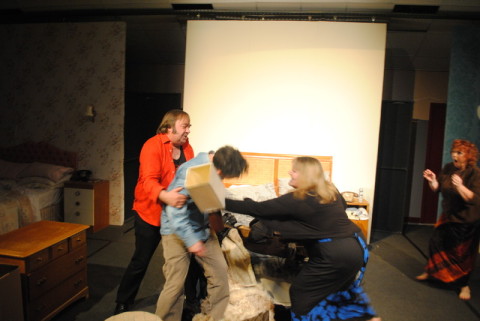 The party really gets going... 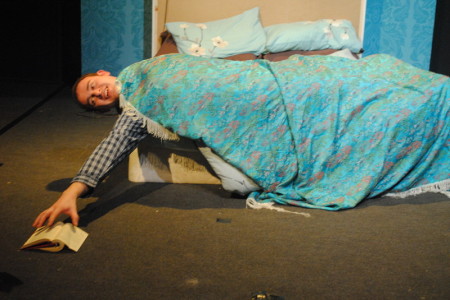 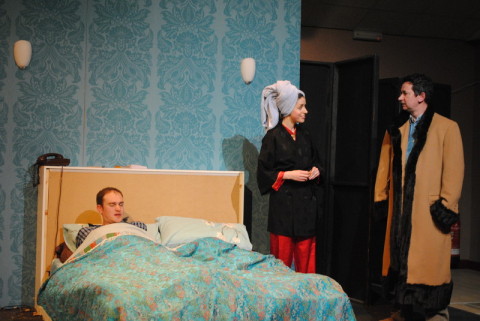 ...but Trevor drops in (along with his "smart" coat) 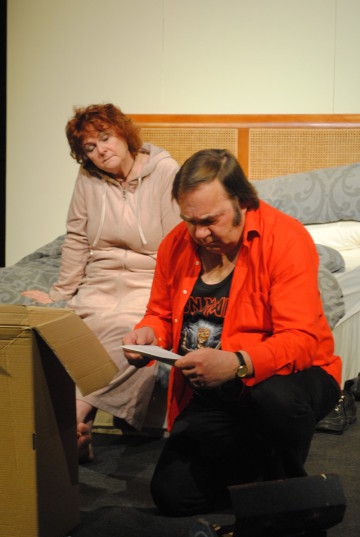 "Just take the twin-flanged cam bolt and fix to the inverted spline nut on locking bar B using the 22 gauge hex tool supplied..." 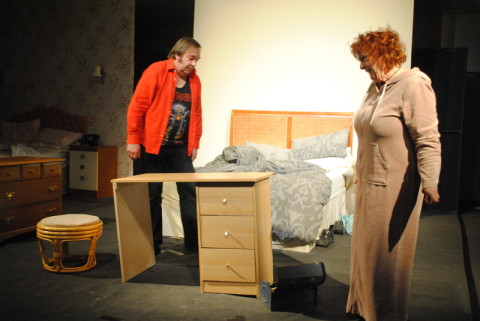 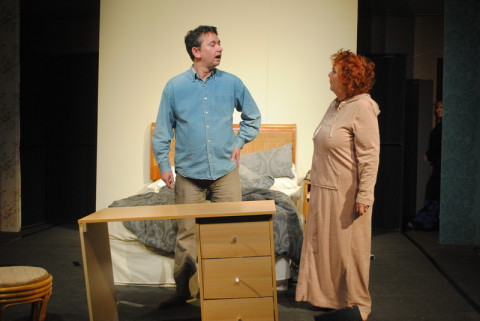 But Trevor suggests a few adjustments 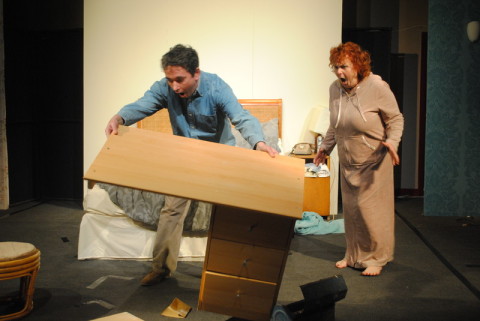 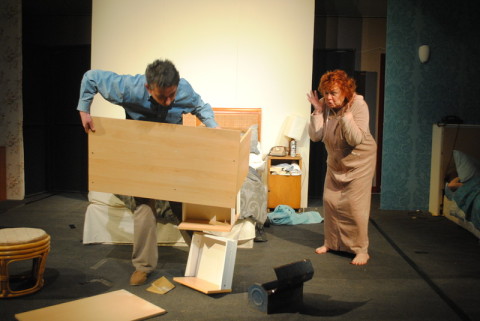 Alan Ayckbourn is one of our most prolific playwrights and the Adel Players have been privileged to perform many of his works over the past 35 years.

Since Bedroom Farce was first released for amateurs in the late 1970s, the society has wanted to produce its own version but we have always been defeated by the staging.

How do you accommodate three double beds, plus sundry other furniture (and the actors of course!) in such a way that the audience can see all of the action? Our stage is not wide enough and prior to this year, the lighting in the main body of the Hall was insufficient to enable us to perform it in the round.

I freely admit to having spent many a sleepless night trying to work out the best way of ensuring our audience enjoy the production and I hope we have succeeded as far as the layout of our auditorium will allow.

In particular, I would like to thank our many patrons for the financial support that has enabled us to purchase our new lighting rig (securely suspended above you), construct new scenery flats and install an induction loop for those whose hearing is impaired. A new sound system will be installed in the next few months.

Bedroom Farce was first written and performed in 1975 and we have decided to set it in the same era, when there were no mobile phones, internet access or satellite television. Unfortunately we had very high inflation, power cuts and the Austin Allegro!

There was also another item as ubiquitous today as it was then – self-assembly furniture with incomprehensible instructions! So, while many things change for better or worse, others definitely remain the same.

We thank you again for your continued support. 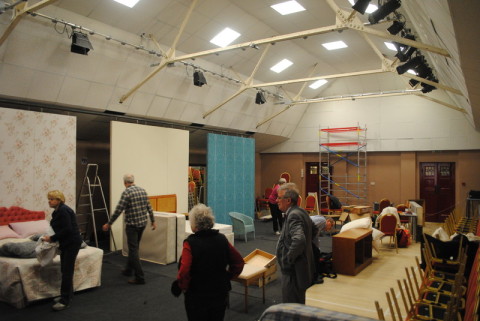 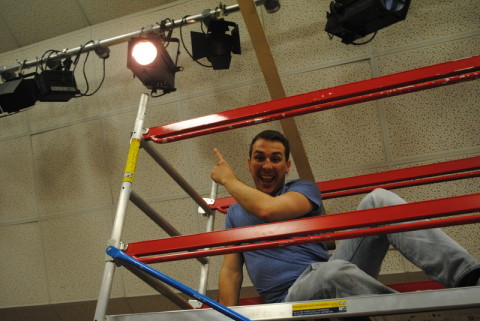 Stage manager (Chris Andrews) shows his excitement when the lights come on. Bless. 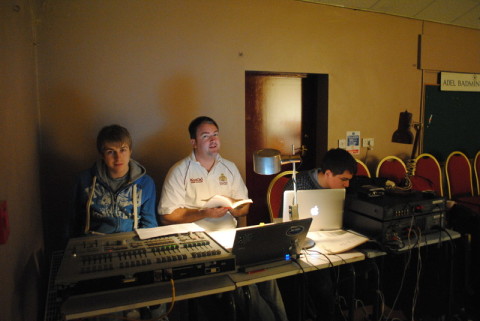 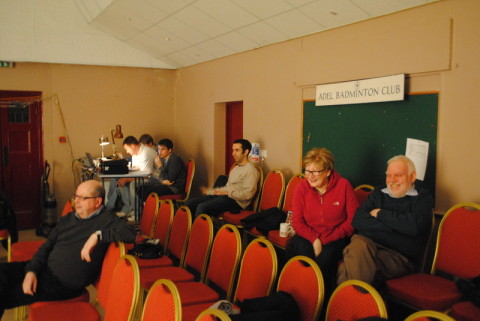 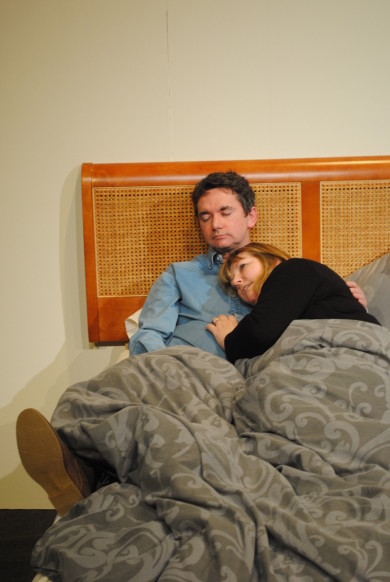