Winner of THREE gongs at the 2013 Wharfedale Festival of Theatre awards evening! 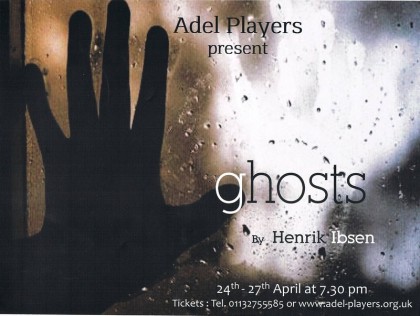 Ghosts is about the truths in a family that remain untold, and all that is lost by clinging to duty and responsibility.

In Ibsen's classic drama, Mrs Alving follows the call of duty - only to find the cost in human terms is cruelly high.

The poignant tale attacking moral convention stunned society in the late 19th century and in this powerful production directed by Beth Duce, our audiences discovered that Ghosts' power to shock remains undiminished in its startling relevance today.

"It isn't just what we have inherited from our father and mother that walks in us.
"It is all kinds of dead ideas, and all sorts of old and obsolete beliefs.
"They are not alive in us - but they remain in us none the less, and we can never rid ourselves of them..."

For a full critique of this play from Sardines Magazine - "the UK's professional magazine for amateur theatre" - click here. 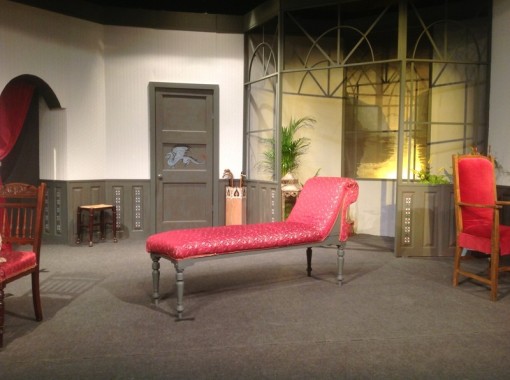 The ingenious set for 'Ghosts'

When 'Ghosts' was published in 1881, Henrik Ibsen had expected a strong reaction from the conservative press but nevertheless described it as the work "he had to write".

This play was indeed met with intense protest, as its content touches on many controversial issues through what Michael Meyer (the translator of this version from the Norwegian) called "double-density dialogue", in which characters say one thing while meaning another.

The play is about how society’s emphasis on duty, law and order in the hands of the wrong people represses the human spirit. Ibsen used his plays to awaken his audience to the 'reality' of life. The characters are never right or wrong and, contrary to a Victorian audience's natural preference, bad things often happened to good people.

This sense of realism was to be adopted by Chekhov and Shaw and in Mrs Alving's speech, "... it was as if I saw ghosts. I almost think we are all ghosts - all of us",  we see conveyed that central theme that Arthur Miller and others were to take from Ibsen: the power of the past over the present.

I thoroughly enjoyed the challenge which directing this classic play gave me and even if our audiences took just a fraction of my enthusiasm for Ibsen from this production, then all our hard work will have been worth it.

I'd like to thank our audiences for supporting us and also pay tribute to the dedication and above all the friendship between the members of Adel Players who have helped me to bring this extraordinary play to life. 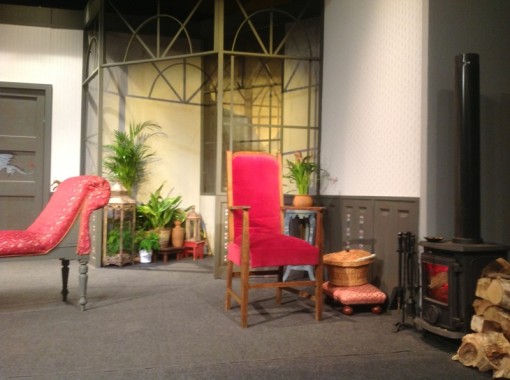 The conservatory, overlooking a fjord

"A moving production... but funny at times... Mrs Alving is left with an impossible decision that leaves the audience in tears. A big success" - Leeds Northern

"Thanks to Adel Players for an excellent evening, another top performance in Ghosts by Ibsen. Well done. Superb acting once again.﻿" - BA

"The staging and whole presentation was phenomenal. A big kudos to the unsung heroes that worked on the set and the costumes. The acting was, as is expected from an Adel Players performance, incredible.﻿" - AJ

"Had a really good time and enjoyed watching the production, another great show by Adel Players. Thought everyone involved did a really great job.﻿" - TL