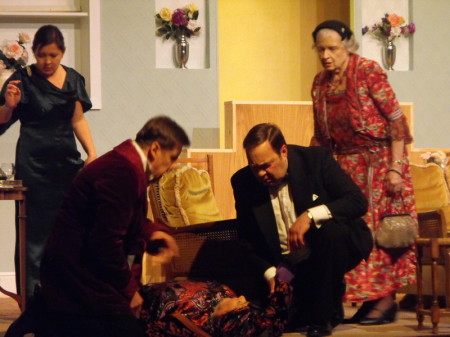 In the spring of 1941, returning to England after two years away, Noel Coward was particularly shocked by the grim truth of blitzed London and the fact that the war had brought death to almost every British home. With this in mind, and after his own flat had been seriously damaged during an air raid, he started work on a new script which he hoped would lift the spirits of theatre goers up and down the country. He completed the work in just six days and the result, Blithe Spirit, was for 30 years to remain the longest-running comedy in the history of British theatre.

Taking on such a classic would be a brave move for any director, so special credit must go to Beth Duce who stepped up to the plate and chose this play as her first production for Adel Players in the role of Director. Some 400 people saw the play and Beth's success has been reflected in audience reactions and feedback such as the following:

Staging Blithe Spirit had particular challenges for both actors and backstage crew but the feedback above shows just how well all concerned rose to the occasion. Mike Andrews (Stage Manager) and Ron Darby (ASM) and their crew deserve a specific mention for all their hard work in ensuring that the set, one of our best ever, lived up to the demanding requirements of our very meticulous (!) director. Our thanks most of all go to Beth, however, for all the hard work we know she has put into this production over the last three months and more. Your reward, Beth, will be the chance to direct for us again some time...

The cast (in order of appearance) was:

And the production team:

Here is a selection of production photos that capture the spirit of the occasion. 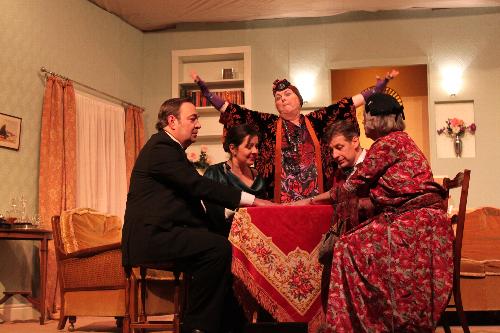 Is there anybody there? Did you feel the table move? 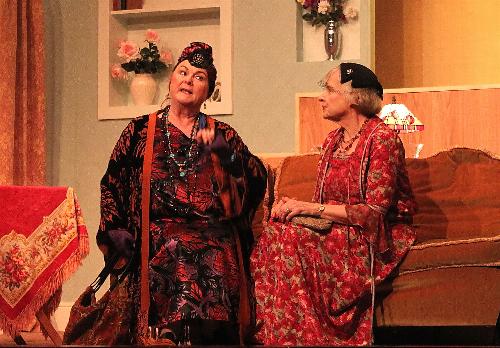 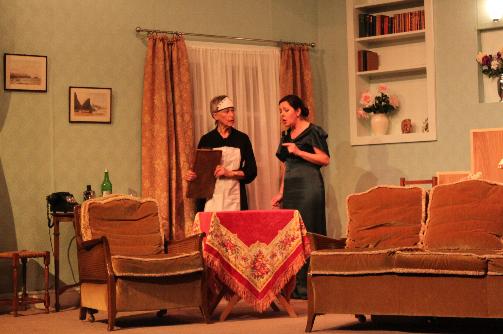 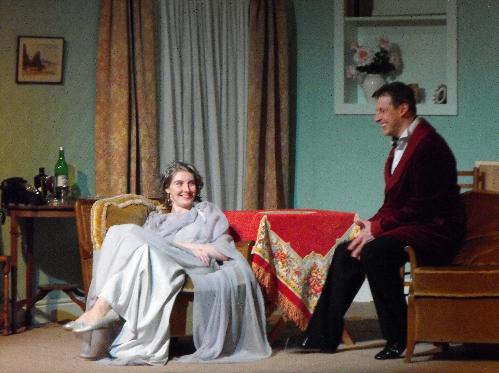 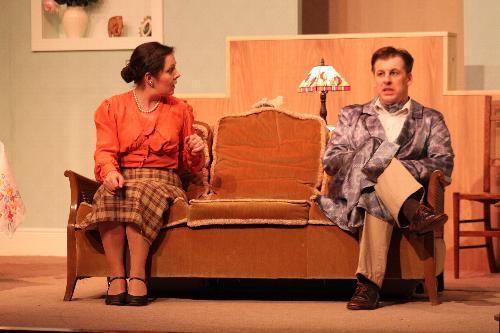 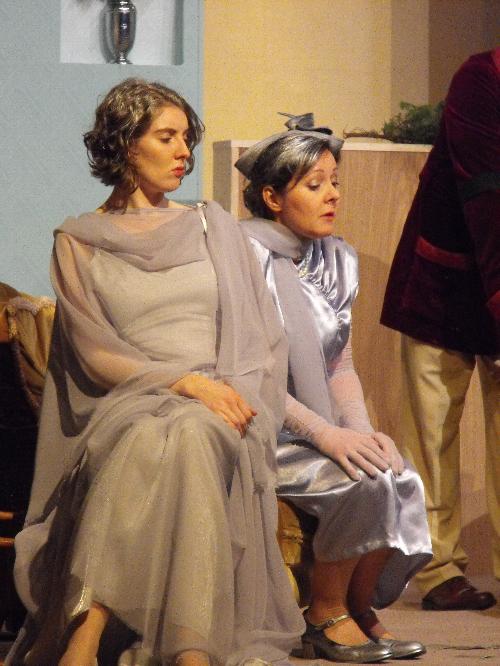 Not in the best of spirits... 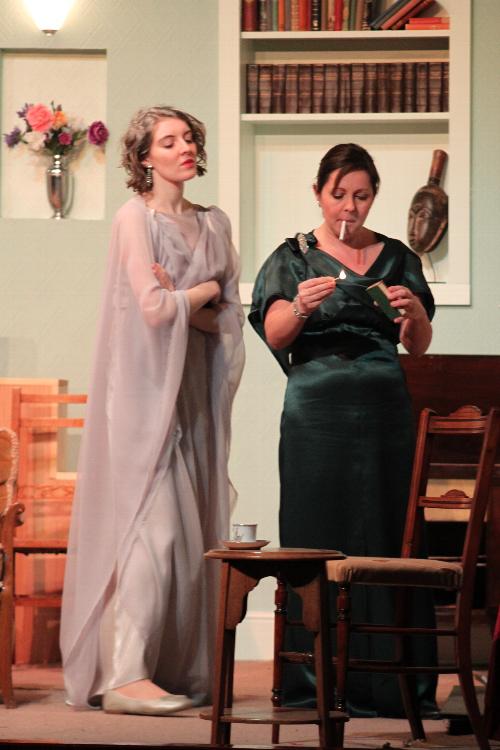 Watch out for that draught! 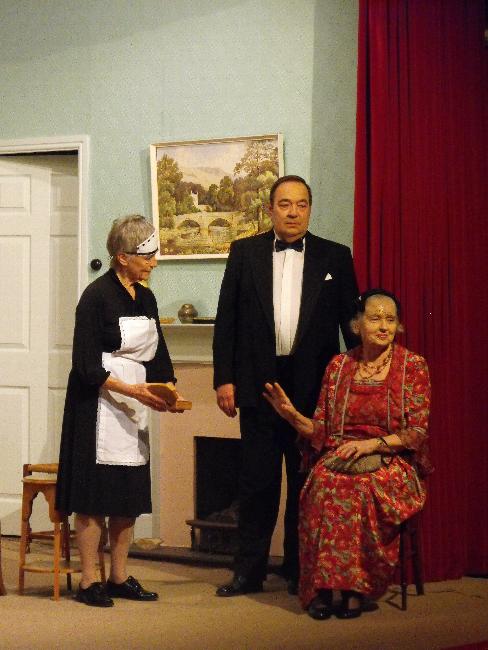 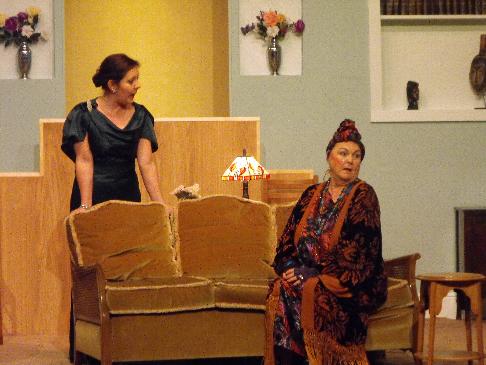 What do you mean, you bungling amateur? 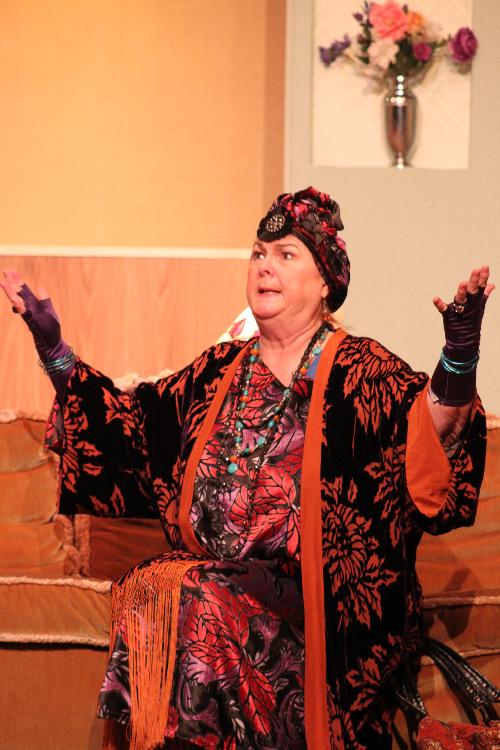 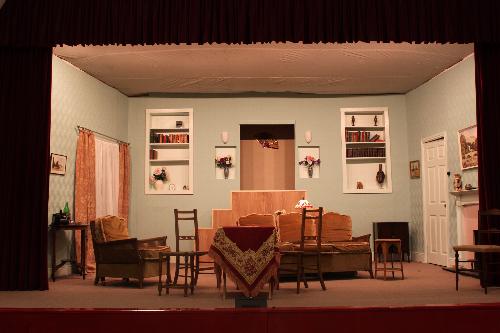 The Set, with top quality Dragon Timber throughout