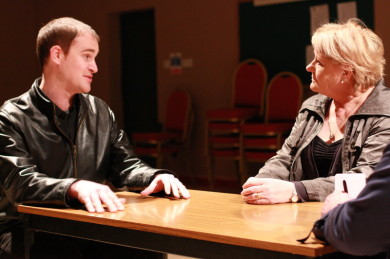 It was murder all right, but who was responsible?

Once again, our very own writer, Pat Riley, treated a lucky Adel audience to an evening of murder, mystery and suspense.

Set in and around Adel itself and featuring exotic locations such as the Nutramulch Depot and the A658 to Bradford, the play was replete with larger-than-life characters such as Rupert Grabbitt and Martina Grimstone, as well as featuring a memorable new police duo in the shape of Detectives Ferrett and Digger. Watch out Jane Tennison and Jack Regan... There was even a special guest appearance from the one-and-only Hazel of Hazel's Cafe! The author certainly kept us guessing and it is to Pat's credit that amongst the audience of around 150, only one team correctly identified the villain.

The Badminton section of AWMA kindly hosted a "Pie and Peas" supper and the evening was rounded off with a quiz and a raffle featuring some very tempting prizes. Our thanks to all those who donated so generously in support of this.

Reprising his now well-seasoned role as Master of Ceremonies, Alan Foale opened the proceedings with an affectionate tribute to Dixon of Dock Green and kept us enetertained in the interludes. Thanks Alan, for helping us all to get really into the spirit of the thing. Thanks also, of course, to Mike Andrews who pulled the whole thing together, ensuring a successful night which raised a grand total of £1,163 which will go to AWMA funds. 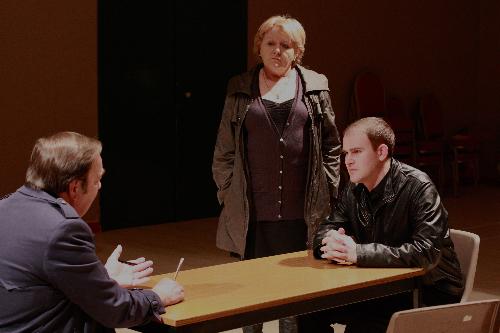 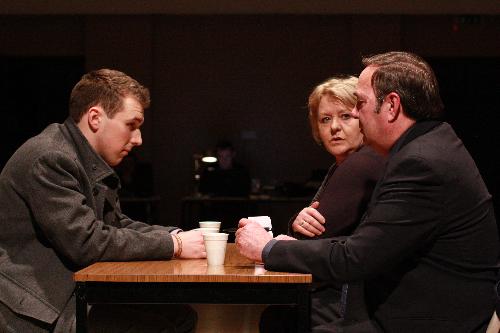 Tim Saint... was he the sinner? 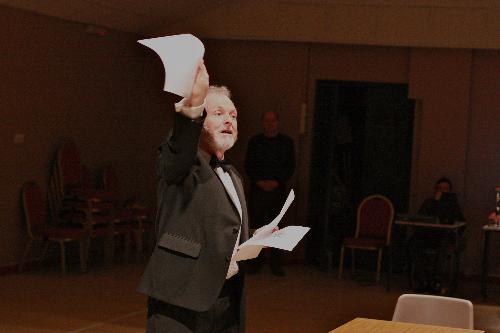